In 1991, 40,000 Thoroughbred horses were foaled in North America. Three years later, 14 entered the Churchill Downs starting gate. In a little over two minutes and three seconds, Go for Gin became immortalized as the 120th winner of the Kentucky Derby.

As a two-year-old, Go for Gin showed potential with wins in the Remsen and Chief’s Crown Stakes. At three, runner-up efforts in the Fountain of Youth and Wood Memorial earned him a spot in the Derby.

When Gin loaded into the starting gate on the first Saturday in May, he was already part of a winning team. His trainer, Nick Zito, his owners Condren and Cornacchia, and his jockey Chris McCarron, had visited the Kentucky Derby Winner’s Circle before. 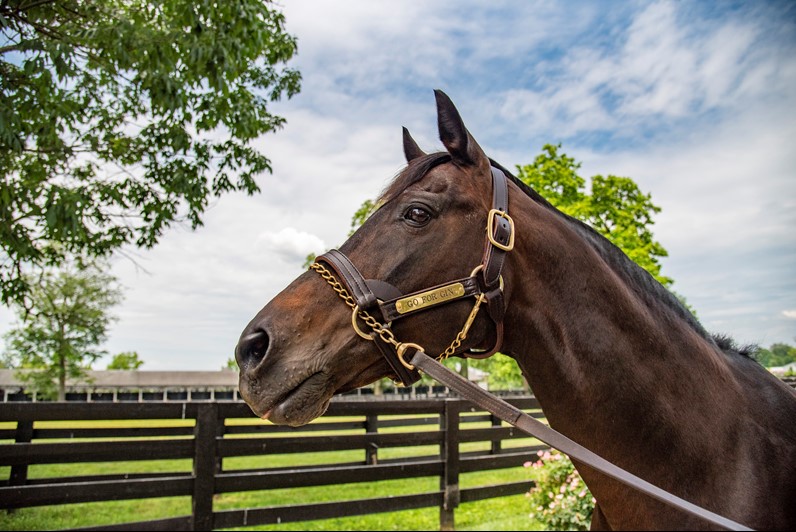 “He went around that track so beautifully,
he gave me goosebumps”
Chris McCarron, after breezing Gin a week before the Derby

Even the weather was on his side. For the first time in over 40 years, the Derby track was listed as sloppy-and Go for Gin loved a sloppy track.

Dismissed at odds of 9-1, Go for Gin took command early as he splashed to a front-running, two-length victory. He defeated the speedy Tabasco Cat and Horse of the Year Holy Bull. 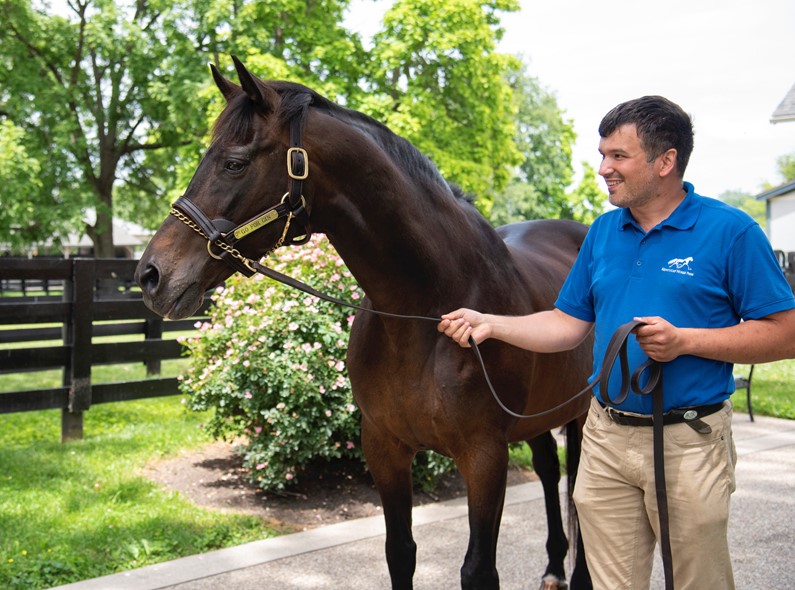 “This is a quality horse. He’ll give it his all,
and I’m telling you now: he’ll put on a show.”
Nick Zito, trainer, prior to Kentucky Derby

Next, Go for Gin proved that his Derby triumph was no fluke, setting the early pace and finishing a very close second to Tabasco Cat in both the Preakness and Belmont Stakes.

Retired due to injury as a four-year-old, Go for Gin launched his stud career in Kentucky at Claiborne Farm before moving to Bonita Farm in Maryland.

Go for Gin showed class, speed, tenacity and consistency—finishing out of the money only 5 times in his career.

At stud, he acquired a reputation for siring good looking, nimble, athletic and honest racehorses, like $3 million earner Albert the Great.

Daughters of Go for Gin have also foaled stakes winners. His offspring have earned more than $20 million for their connections. 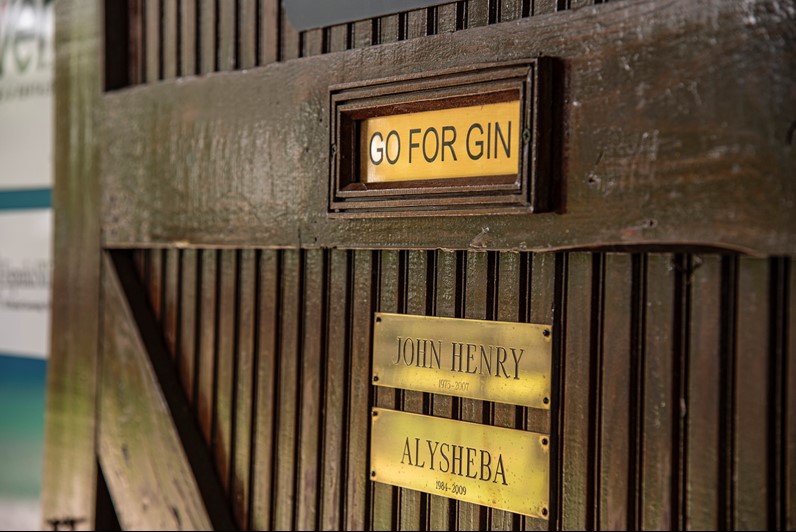