1926-2019 Mr. Gene Carter was a lifelong horseman who came to work at the Kentucky Horse Park in 2006 at the age of 79.  He was known for telling his story of being the last man living to sit on the back of one of the greatest racehorses ever –– Man o’ War. 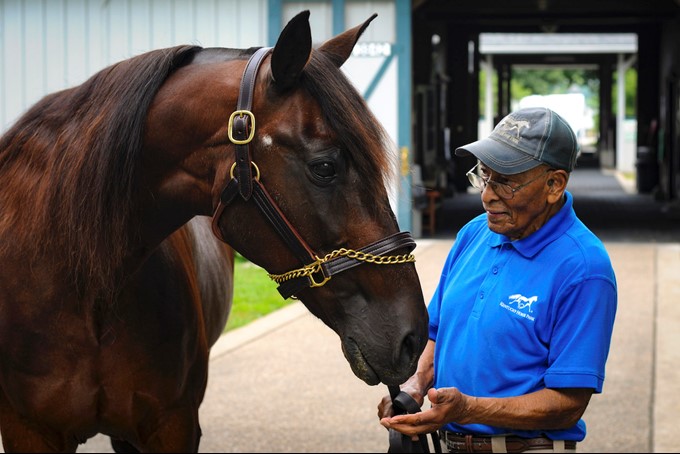 Mr. Gene Carter with Western Dreamer at the Hall of Champions

One day when no one was around, Harbut turned to Carter, who he knew had galloped horses on the farm, and asked if he wanted to get on the most famous Thoroughbred in the world. Carter leapt at the opportunity, and Harbut gave him a leg up, right there in the stall.

“He said, ‘Gensie, how does it feel to be on the mostest horse in the world?’” Carter remembered. “I said, ‘Mr. Harbut to tell you the truth, I don’t have words to express what I’m feeling. Words have left me. I’m just so thrilled. I’ve never been on a horse like Man o’ War.’

“He said, ‘Gensie, you take this to your grave. Ain’t but three people been on this horse – the exercise boy, the jock that rides him in the race, and Gene Carter.’”

as told to Natalie Voss in the Paulick Report, 2019 - Read the full feature here. 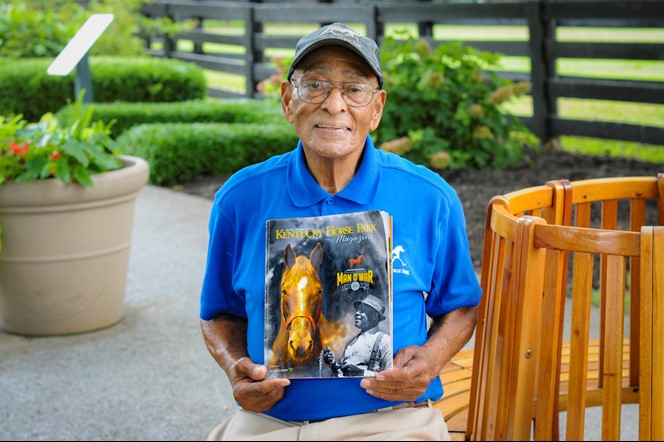 Carter would bring his Kentucky Horse Park magazine from the tack room
to tell guests about the time he rode the legendary Man o' War. 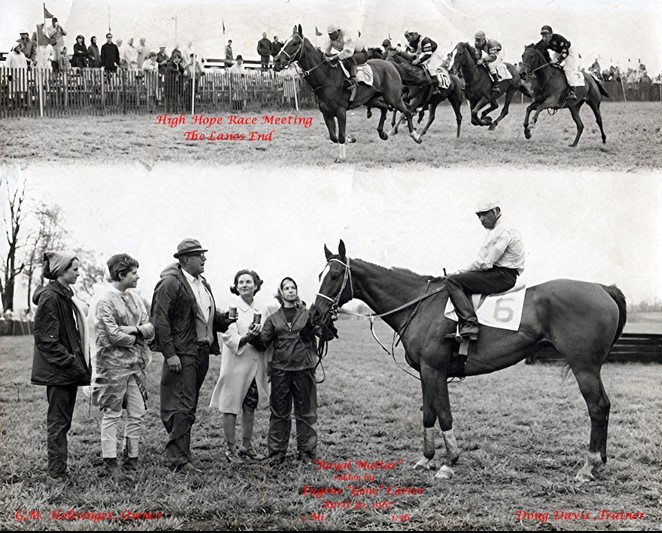 When he got to the walk-up start, Carter sized up the situation. He was aboard Royal Matter, a horse he knew well from morning works, and he knew the horse had endless class. Davis told him to hang back and put in a closing effort, but Carter was certain the other riders would box him in and never give him a chance to run.

“I said, when they drop that flag, I'm going to be long gone,” Carter recalled. “I hollered like a panther. That horse jumped straight out in the air and went straight to the front.

“That was my highlight – Royal Matter.”

And, with Lill and his children in the audience – though not permitted in the stands – he won handily.

Gene lived next door to and married the daughter of Will Harbut, groom of the famed Man o’ War, and is the last man alive to ever sit on the back of that legendary stallion.

At the age of 93, Gene had 78 years of horsemanship experience and it all started with one big break:

In 1967 during a time when black jockeys were pushed off the track, Gene Carter, who worked for trainer Doug Davis as an exercise boy, was asked to ride Royal Mattar in the High Hope Race Meeting. He won.

Gene worked with horses for 78 years, and even sat on Man o’ War’s back, but his favorite horse of all was CH Gypsy Supreme – a champion five-gaited saddlebred that he worked with at the Kentucky Horse Park’s Hall of Champions.

Mr. Gene Carter, had many stories from working as an excessive boy for Doug Davis, including this memorable moment from the 1973 Travers Stakes race in Saratoga, NY.